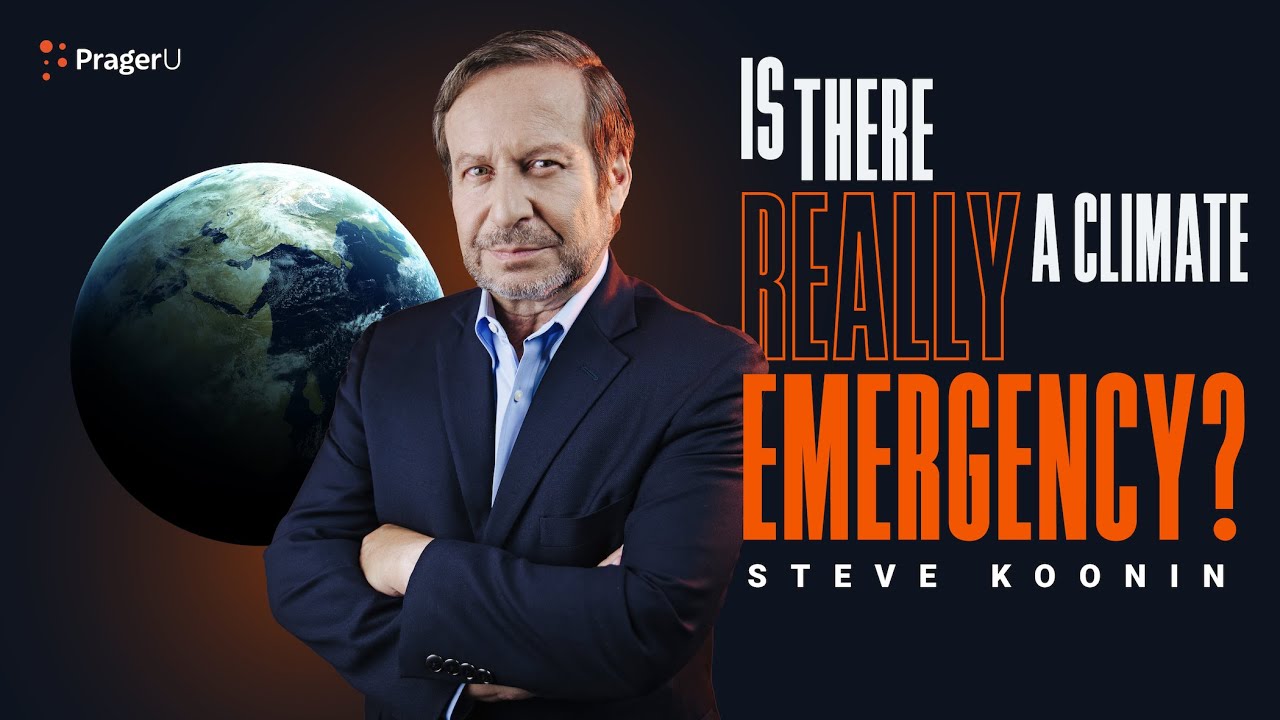 Another Top Ten Reason To Homeschool

The climate is the most complex system on Earth. Is it really possible to project with any precision what it will be like 20, 40, or even 100 years from now? Steve Koonin, former Undersecretary for Science in the Obama Administration, challenges the confident assumptions of climate alarmists.

To view the FACTS & SOURCES and Transcript, visit: https://www.prageru.com/video/is-there-really-a-climate-emergency

Hubris is a Greek word that means dangerously overconfident. Based on my research, hubris fairly describes our current response to the issue of climate change.

Here’s what many people believe:

One: The planet is warming catastrophically because of certain human behaviors.

Two: Thanks to powerful computers we can project what the climate will be like 20, 40, or even 100 years from now.

Three: That if we eliminate just one behavior, the burning of fossil fuels, we can prevent the climate from changing for as long we like.

Each of these presumptions—together, the basis of our hubris regarding the changing climate—is either untrue or so far off the mark as to be useless.

Yes, it’s true that the globe is warming, and that humans are exerting a warming influence upon it. But beyond that, to paraphrase a line from the classic movie The Princess Bride, “I do not think ‘The Science’ says what you think it says.”

For example, government reports state clearly that heat waves in the US are now no more common than they were in 1900.

Hurricane activity is no different than it was a century ago.

Floods have not increased across the globe over more than seventy years.

Greenland’s ice sheet isn’t shrinking any more rapidly today than it was 80 years ago.

Because the public gets its climate information almost exclusively from the media.

And from a media perspective, fear sells.

Very few people, and that includes journalists who report on climate news, read the actual science. I have. And what the data—the hard science—from the US government and UN Climate reports say is that… “things aren’t that bad.”

Nor does the public understand the questionable basis of all catastrophic climate change projections: computer modeling.

Projecting future climate is excruciatingly difficult. Yes, there are human influences, but the climate is complex.  Anyone who says that climate models are “just physics” either doesn’t understand them or is being deliberately misleading. I should know: I wrote one of the first textbooks on computer modeling.

Let’s just take one simple, but significant assumption modelers must make: the impact of clouds on the climate.

Natural fluctuations in the height and coverage of clouds have at least as much of an impact on the flows of sunlight and heat as do human influences. But how can we possibly know global cloud cover say 10, let alone 50 years from now? Obviously, we can’t. But to create a climate model, we have to make assumptions. That’s a pretty shaky foundation on which to transform the world’s economy.

By the way, creating more accurate models isn’t getting any easier. In fact, the more we learn about the climate system, the more we realize how complex it is.

Rather than admit this complexity, the media, the politicians and a good portion of the climate science community attribute every terrible storm, every flood, every major fire to “climate change.” Yes, we’ve always had these weather events in the past, the narrative goes, but somehow “climate change” is making everything “worse.”

Even if that were true, isn’t the relevant question, how much worse? Not to mention that “worse” is not exactly a scientific term.

And how would we make it better?

For the alarmists, that’s easy: we get rid of fossil fuels.

For the complete script as well as FACTS & SOURCES, visit https://www.prageru.com/video/is-there-really-a-climate-emergency

Marking the Times Episode 173 Apostasy in the Church

Another Top Ten Reason To Homeschool