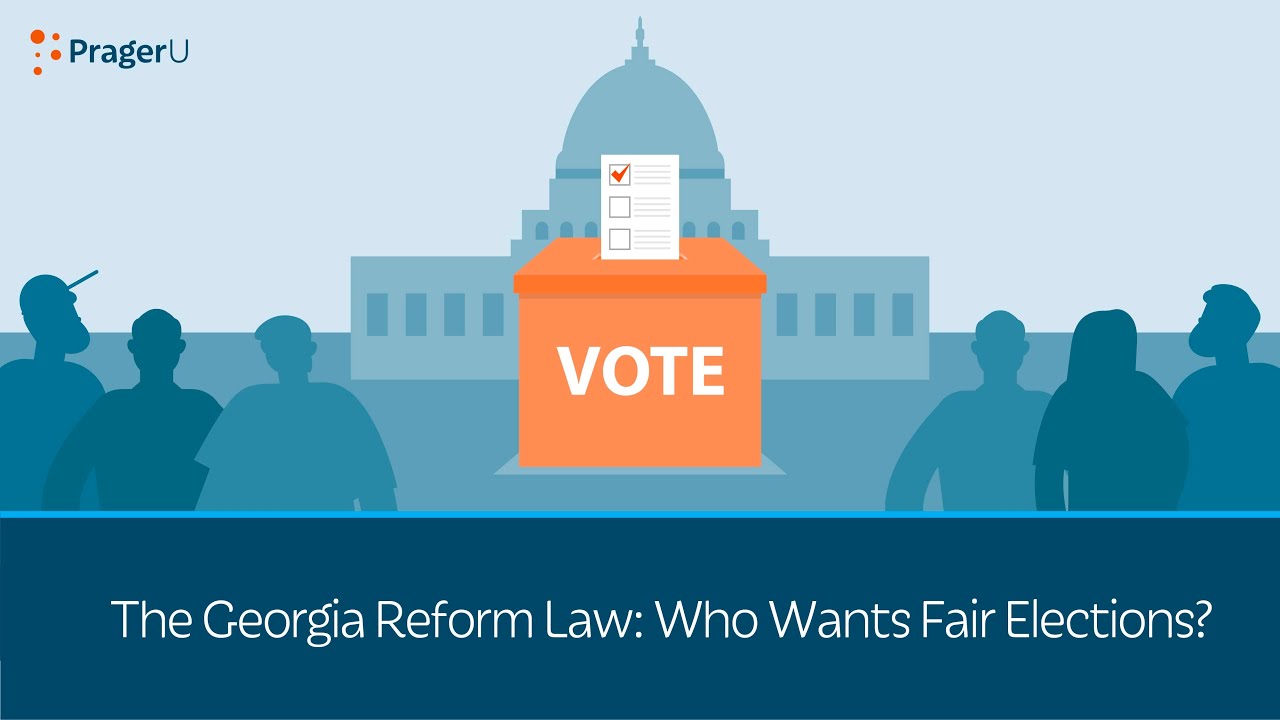 Is the Rapture Biblical?

There are a lot of partisan political issues out there, but election integrity shouldn’t be one of them. How can we verify every legal ballot, while also making sure that as many people as possible have the opportunity to vote? Here’s a hint: we’ve already done it. Hans von Spakovsky, Senior Legal Fellow at The Heritage Foundation, explains.

To view the FACTS & SOURCES and Transcript, visit: https://www.prageru.com/video/the-georgia-reform-law-who-wants-fair-elections

There are a lot of partisan political issues out there, but election integrity shouldn’t be one of them.

What could be more basic to the very concept of representative government than having citizens trust that an election—whether it be for President or dog catcher—was fairly won or fairly lost? Yet in the recent past this issue has become very contentious. For purposes of our discussion here, let’s put aside any feelings we might have regarding a specific election.

Now a very obvious question arises. Why are these two concerns incompatible? Well, the answer is: they are not. We should be able to both verify voters and make it easy to vote at the same time. Yes, even in politics, it should be possible to walk and chew gum simultaneously.

Let’s look to see how Georgia, where there has been much controversy over voting, has addressed this issue.

The recent Georgia voter reform law requires voters to provide an ID to receive an absentee ballot. Since 2008, the state has required a voter to show a government-issued, photo ID when he or she votes in-person. To require the same level of security for absentee voting seems to make perfect sense. In fact, one wonders why this wasn’t addressed sooner. There’s simply no good evidence that possessing an ID presents a hardship to voting. Have you ever met anyone who didn’t have an ID? Anyone?

When a federal judge threw out the ACLU-led lawsuit against Georgia’s in-person voter ID law, he noted that in two years of litigation, the challengers could not produce a single resident of the state unable to vote because of the new ID requirement.

But wait, as they say in TV ads, there’s more! The new law says you can satisfy the voter ID requirement with a “copy of a current utility bill, bank statement, government check, paycheck, or other government document that shows the name and address” of the would-be voter. It’s worth noting that the language on voter IDs for absentee ballots is identical to the language in the federal Help America Vote Act of 2002 which passed the US Senate by a vote of 92-2. The Yes votes included then-Sen. Joe Biden of Delaware.

Let’s move on to the second concern: making voting easy. The charge against Georgia’s new voting law is that it prohibits voters from access to water while they wait in line. One has to admit that sounds harsh. But, if we dig a little deeper, however, we find that like most other states Georgia prohibits electioneering within 150 feet of a polling place or within 25 feet of any voters waiting in line to vote.

The new law simply added that within such distances no one can “give, offer to give, or participate in the giving of any money or gift, including, but not limited to, food and drink, to any elector.”

In other words, a candidate, his supporters or an activist group can’t show up at a polling place with a truckload of Happy Meals and start handing them out to voters standing in line. The clear intent here is to prevent operatives from any party from unduly influencing voters with money or gifts, including food and drink.

The idea that Georgia is somehow doing something nefarious by preventing gift-giving at the polls is, to put it mildly, bizarre — especially considering that this is a standard practice (as it should be) in most other states including New York and New Jersey. By the way, the law says it’s okay for poll officials to make “self-service water from an unattended receptacle” available to “an elector waiting in line.” And, of course, you can bring a bottle of water with you if you’re worried that you’re going die of thirst waiting to vote.

For the complete script as well as FACTS & SOURCES, visit https://www.prageru.com/video/the-georgia-reform-law-who-wants-fair-elections

He Fled Cuba at 12; Here’s His Message to Biden | Mike Gonzalez on Fox Business

Is the Rapture Biblical?