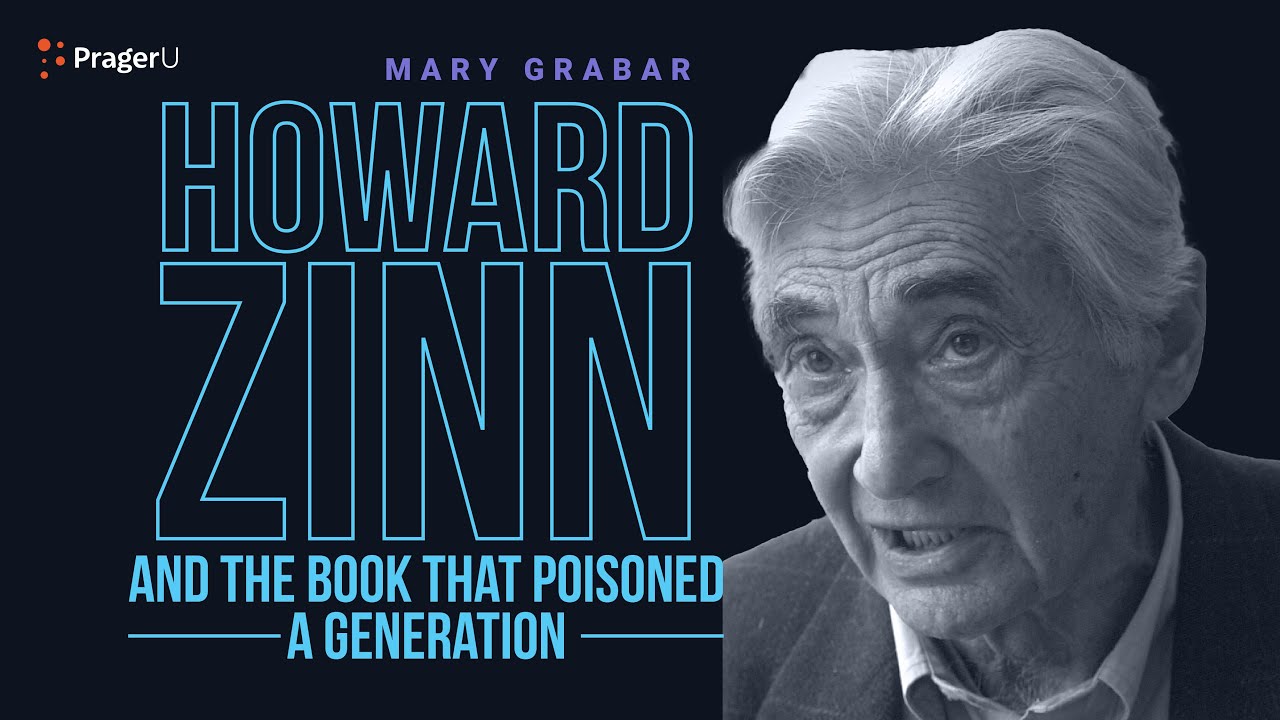 One book and one author has changed how American history is taught. America is no longer the good guy but the cause of everyone’s problems. Who is the author? What is the book? And why has it become so popular?

To view the FACTS & SOURCES and Transcript, visit: https://www.prageru.com/video/howard-zinn-and-the-book-that-poisoned-a-generation

The writer of the most popular and influential history book of the last quarter-century was a radical, leftist professor who despised his subject.

The writer’s name is Howard Zinn.

And his subject is America.

Zinn died in 2010, but his toxic theme lives on: America is and has always been a cesspool of racism, imperialism, and capitalist exploitation.

You may never have heard of Zinn, but I assure you a history teacher at your local high school or college has. And probably teaches his text or ideas.

The book Zinn wrote is entitled A People’s History of the United States.

If you’re trying to understand why so many young people lack patriotism—or worse, regard America with contempt—you don’t have to look much further than Zinn.

The Allies weren’t any better than the Nazis and the Japanese in World War II?

The Vietnam War was not about stopping the spread of communism, but about promoting American imperialism?

How do you take an essentially decent country and turn it into the source of much of the world’s evil?

You just have to lie, distort, and falsify.

Zinn did all three.

A life-long and passionate leftist, everything he ever said or wrote was in service of the Marxist dogma that life is a class struggle. Distilled to its essence this simply means that those who have power are bad and those who don’t are good.

Therefore the downtrodden working class, the proletariat, are a heroic, but faceless mass. The villains—the capitalist ruling class—in contrast all have names and faces. They are the heroes of the nation—Washington, Jefferson, Lincoln, Kennedy, and others.

Zinn, as any Marxist true believer would, saw his task to tear down the latter and promote the former.

But is such a simplistic approach really history? Noted liberal historian Arthur Schlesinger didn’t think so. Zinn, Schlesinger wrote, was “a polemicist, not a historian.”

As a polemicist, a propagandist, however, Zinn had few peers.

Columbus turned out to be a perfect target. Before Zinn, Columbus was widely extolled for his foresight and bravery. Now, thanks to Zinn, he’s considered a genocidal maniac.

Zinn takes the explorer’s ship logs and twists them to say the opposite of what Columbus clearly intended. In Zinn’s dishonest rendering, Columbus had contempt for the natives and wanted to enslave them.

Read the explorer’s observations in context and in full, and their true meaning emerges. Columbus had deep respect for the Taino (Zinn calls them the Arawaks) and insisted that his men treat them well. Furthermore, he chronicled how terrified the Taino were of the neighboring tribe, the Caribs. For good reason. The Caribs not only enslaved the Taino (immediately and decisively refuting the idea that Europeans introduced slavery to the New World) but ate them. Yes, they were cannibals.

Much excellent scholarship on Columbus had already been done before Zinn turned the explorer into evil incarnate. Not surprisingly, the picture painted by respected historians like Samuel Eliot Morison was complex. Columbus was not faultless, but neither was the world he discovered a new Eden.

But if you’re preoccupied with propaganda rather than truth, what does it matter? It didn’t for Zinn. His monsters change, but never their motive: more power for the capitalist ruling elite.

Nowhere is this view more clearly expressed than in his discourse, the longest section of the book, on the Vietnam War.

In Zinn’s view, it was just this simple: mighty, imperialist America bad; the North Vietnamese, the fearless peasants, good. That the Communist North Vietnamese slaughtered and tortured tens of thousands of South Vietnamese is not allowed to upset the equation.

For the complete script as well as FACTS & SOURCES, visit https://www.prageru.com/video/howard-zinn-and-the-book-that-poisoned-a-generation

How Can There Be Real Love in Heaven Without the Possibility of Sin?