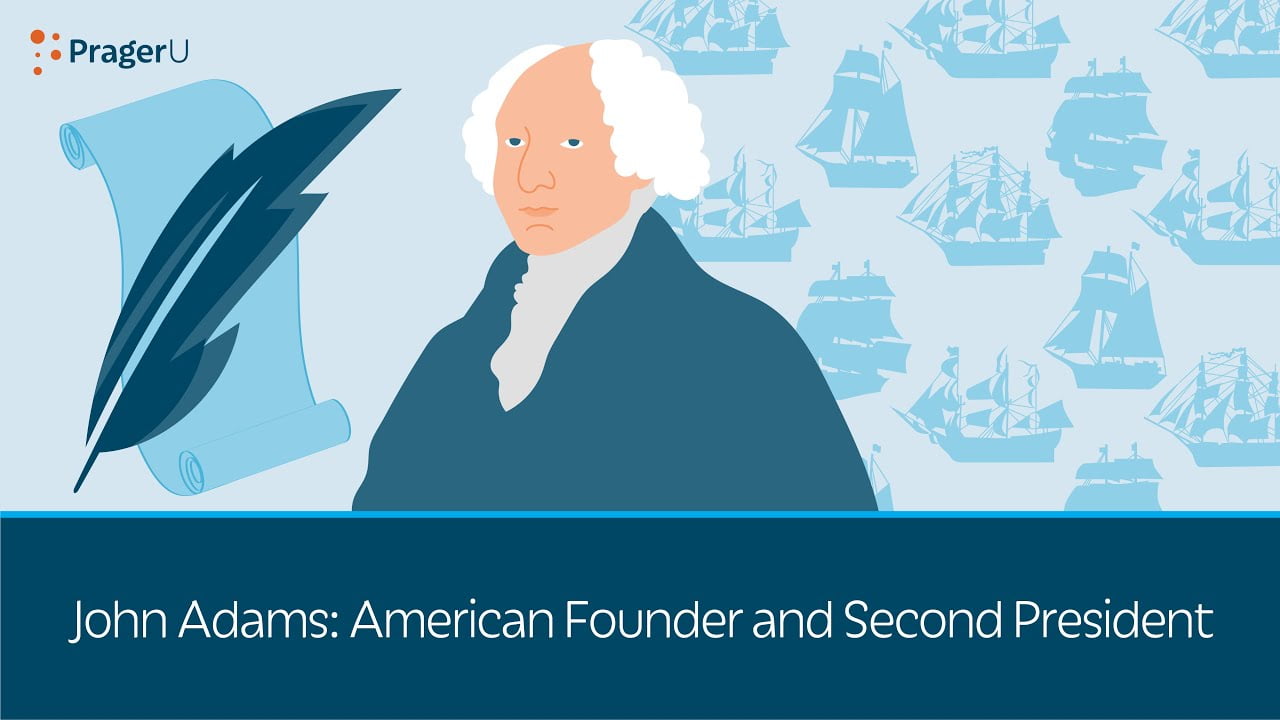 “The man to whom the country is most indebted for the great measure of independence is Mr. John Adams.” That was from a delegate to the Continental Congress. But how much do you know about this influential thinker and second president of the United States? Brad Thompson, Professor of Political Science at Clemson University, tells Adams’ remarkable story.

To view the FACTS & SOURCES, Transcript, and Quiz, visit: https://www.prageru.com/video/john-adams-american-founder-and-second-president

Everybody knows what happened on July 4th, 1776: America was born. But three days earlier, on July 1st, independence hung in the balance.

There was a great case to be made not to secede from Great Britain. The colonists had no army, no navy, and almost no money. England had a lot of all three. It would have made perfect sense to bend to the will of the Crown, pay some extra taxes, and call it a day. There were plenty of people in Philadelphia prepared to make that case. They could have easily prevailed. Yet, they didn’t. They didn’t because of the words of one man: John Adams.

At a key moment in the congressional debate, when the forces against independence appeared to have the upper hand, Adams rose to his feet. Without notes and without any preparation, he made the case for independence. By the time he sat down, the case had been won. We don’t have a transcript of what he said. If we did, Adams might rank even higher than he does now among the Founding Fathers. Thomas Jefferson said years later that the speech was so powerful in “thought and expression” that it “moved us from our seats.” Adams was, Jefferson said, “our Colossus on the floor.”

If Washington was the sword of the American Revolution, and Jefferson the pen, then Adams was its engine. Brilliant, demanding, meticulous, but often irascible, he was not an easy man to love. At some point in his life, he irritated, if not alienated, everyone with whom he worked. Yet these same people would invariably come to appreciate him. That included Washington and especially Jefferson, with whom he sometimes fought bitterly.

Ironically, for all his cantankerousness, his marriage to Abigail Adams stands as one of the great love stories of American history. Their correspondence, spanning five decades, is a vibrant, living history of the nation’s early years. Abigail frankly described her husband as “short, thick, and fat.” But what he lacked in good looks and physical stature, he made up in intellect, personal integrity, and clarity of thought.

Born in 1735 near Boston, Adams relentlessly pushed himself to rise early, work hard, and live a moral life. He strove—in the language of the day—for a life of virtue over vice. He first came to public attention in 1765, when he issued a stirring rebuke of the much-hated Stamp Act. For the next 18 years, he fought unceasingly against British tyranny and for American liberty, dedicating his life, his fortune, and his sacred honor to the struggle.

These were not idle words. In his forties by the time of the Revolution, he didn’t fight in the war; instead, he crossed the Atlantic four times on diplomatic missions, braving winter storms, diseases such as pneumonia and dysentery, and British war ships. Capture would have meant summary execution.

In Europe, as befit his character, he was all business. He helped Benjamin Franklin bring the French into the war on the American side, and he arranged critical loans from Dutch banks. When the war ended, it was Adams, along with Franklin and John Jay, who negotiated the treaty in which England officially recognized the new United States.

For all these efforts, Adams was paid virtually nothing. But fortune was never his aim. Creating a new, better, freer country than the world had ever known was all that he cared about. As one delegate to the Continental Congress said, “The man to whom the country is most indebted for the great measure of independence is Mr. John Adams.”

For the complete script as well as FACTS & SOURCES, visit https://www.prageru.com/video/john-adams-american-founder-and-second-president