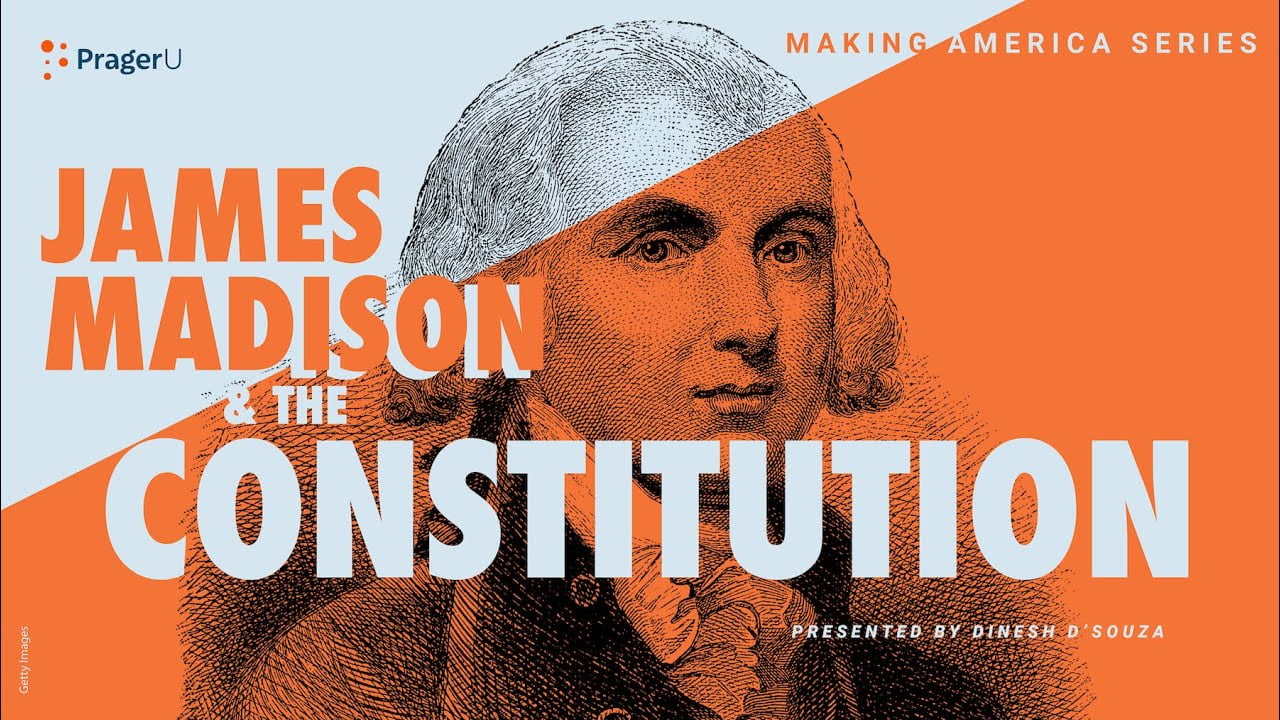 James Madison insisted that his new nation could not succeed without a Constitution. Why? No other nation in the world had one. What made America different? Dinesh D’Souza unravels the mystery.

To view the FACTS & SOURCES and Transcript, visit: https://www.prageru.com/video/james-madison-and-the-constitution-making-america

But could the people of America be counted on do the right thing all or even most of the time?

The principal architect of the Constitution, James Madison, gave this question a great deal of thought.

His answer was a decided “no.”

“Whenever there is an interest and power to do wrong,” he said, “wrong will generally be done.”

For his new nation, Madison wanted as much freedom as possible with as little government as possible. But he had no illusions. Tyranny, he knew, comes in many forms. It’s not confined to monarchies and dictatorships.

In a democratic society, the threat of tyranny comes from the people themselves.

The Founders called this the “tyranny of the majority.”  The majority will, if it can, put its own interests above those of the minority and generally not hesitate to deprive it of its rights and freedoms.

This is the central purpose of the Constitution: to limit, frustrate, and in some cases block majority rule. As Madison put it, the great task was to devise a document that would “first enable the government to control the governed” and “in the next place oblige it to control itself.”

How to do this?

Madison had a plan.

First, the Constitution had to be written down.

The original document was written on four pieces of parchment and is 4543 words long. Its remarkable brevity perfectly matches its purpose: to create a framework for limited government. To Madison, this meant that the authority of the federal government should cover certain listed or “enumerated” areas. Outside those areas, the government has no authority.

Second, the rights of the citizens had to be clearly spelled out.
That’s why the first ten amendments to the Constitution known as the Bill of Rights contain a series of limitations on government.

Third, the concept of representative government had to be clearly defined.

Representative government means that the people do not rule directly; they rule by electing representatives who govern in their stead.  Madison counted this practice—a radical departure from the direct democracy of the ancient Athenians—as the distinguishing mark between “democracy” and a “republic.” A large and extended society, Madison argued, can function effectively only as a republic.

And a republic is a much better guard against tyranny of the majority than a democracy, in which, by definition, the majority can do whatever it wants

Fourth, the power within the government must be divided.

The Constitution separates power between an elected legislature charged with making laws, an elected executive charged with enforcing them, and an appointed judiciary empowered with resolving legal disputes.

A further division happens between the national government and the states so that some powers are exercised at the national level, others at the state and local level.

Fifth, mutual oversight—checks and balances—was necessary to restrain the power of the individual branches.

For the complete script as well as FACTS & SOURCES, visit https://www.prageru.com/video/james-madison-and-the-constitution-making-america