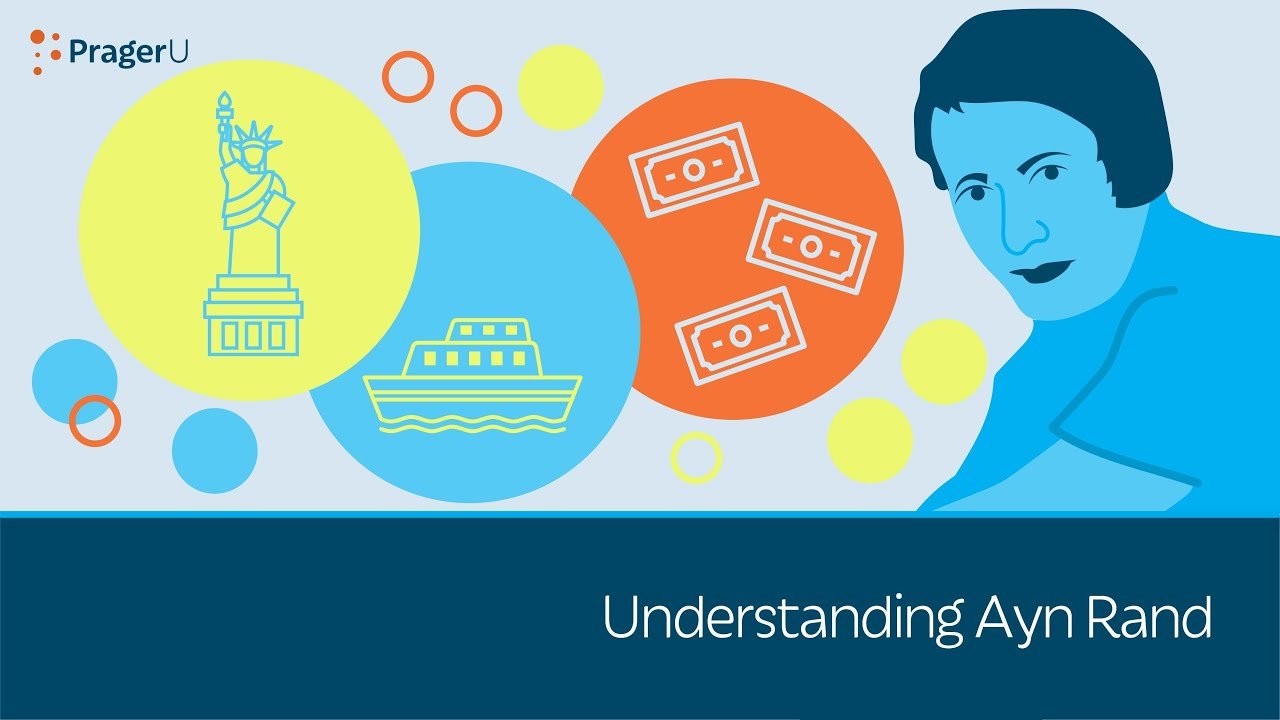 Capitalism or Socialism: Which One Is More Democratic?

They Say Scandinavia But They Mean Venezuela

Ayn Rand is one of the most famous novelists and philosophers of the 20th century. Her ideas about free markets and free minds still captivate millions. Gloria Alvarez with the Objective Standard Institute tells Rand’s fascinating story.

This episode was made possible by a generous donation from The Objective Standard Institute https://objectivestandard.org/

SUBSCRIBE so you never miss a new video! 👉 https://www.prageru.com/join/

Join PragerU’s text list to have these videos, free merchandise giveaways, and breaking announcements sent directly to your phone! https://optin.mobiniti.com/prageru

Do you shop on Amazon? Click https://smile.amazon.com and a percentage of every Amazon purchase will be donated to PragerU. Same great products. Same low price. Shopping made meaningful.

Who is John Galt?

This is one of the most famous questions in modern literature. Even today, over 50 years after it was written, you’ll hear people asking it.

Because it recalls the riveting suspense story, heroic characters, and powerful ideas portrayed in the bestselling novel Atlas Shrugged, by Ayn Rand.

Born in St. Petersburg, Russia on February 2, 1905, Rand became one the most celebrated authors and philosophers of the 20th century. Her most famous novels, The Fountainhead and Atlas Shrugged, still sell hundreds of thousands of copies every year around the world.

Rand lived through the early years of the Russian Revolution, saw her father’s pharmacy business confiscated by the Bolsheviks, and experienced the horrors of communism firsthand.

She longed to emigrate to America. In 1926, she did—and never looked back.

To Rand, the United States meant freedom. She saw the Founding Fathers as heroes. They created a country based on individual rights.

“Man’s right to his own life, to his own liberty, to the pursuit of his own happiness,” she said, means that every individual has a “right to exist for his own sake, neither sacrificing himself to others nor sacrificing others to himself”—nor to the government.

The practical results of the American system, Rand said, could be seen in the skyline of New York City.

“America’s skyscrapers,” she noted, “were not built by public funds nor for a public purpose: they were built by the energy, initiative, and wealth of private individuals for personal profit. And, instead of impoverishing the people, these skyscrapers, as they rose higher and higher, kept raising the people’s standard of living.”

Rand advocated pure capitalism, which she described as a system in which “the government acts only as a policeman that protects man’s rights.” No bailouts, no special favors for big business, no government intervention into the economy.

When people are free to produce and trade, and when the government is limited to protecting rights, everyone benefits. Individuals thrive. Societies prosper.

How do we know this?

America compared to the Soviet Union.

Such differences were painfully obvious to Rand. So were their causes.

In Atlas Shrugged, she showed how easily a free society can collapse into a dictatorship. The heroine, Dagny Taggart, works tirelessly and brilliantly to save her family’s railroad business, while ever-increasing government interventions destroy businesses and crush the economy.

Meanwhile, one by one, the top producers across various industries mysteriously disappear. No one knows where they have gone. The only clue is a question they leave behind: Who is John Galt?

As the economy crumbles, how do politicians, bureaucrats, and academics react? They blame “the greedy businessman” and decry the profit motive and free markets. Their solution: more government intervention which, of course, only makes the problem worse.

Atlas Shrugged is a cautionary tale about pursuing equality over excellence—state control over free markets—but it’s also about the power of the individual and the power of reason.

The individual’s reasoning mind, Rand argued, is his tool of knowledge—his only means of understanding what is true or false, how the world works, what is good or bad for his life.

This is the theme of Rand’s work more broadly: In order to thrive, to achieve happiness, the individual must think for himself and live by the judgment of his own mind.

For the complete script visit https://www.prageru.com/video/understanding-ayn-rand

What makes the Christian worldview the “right” one?