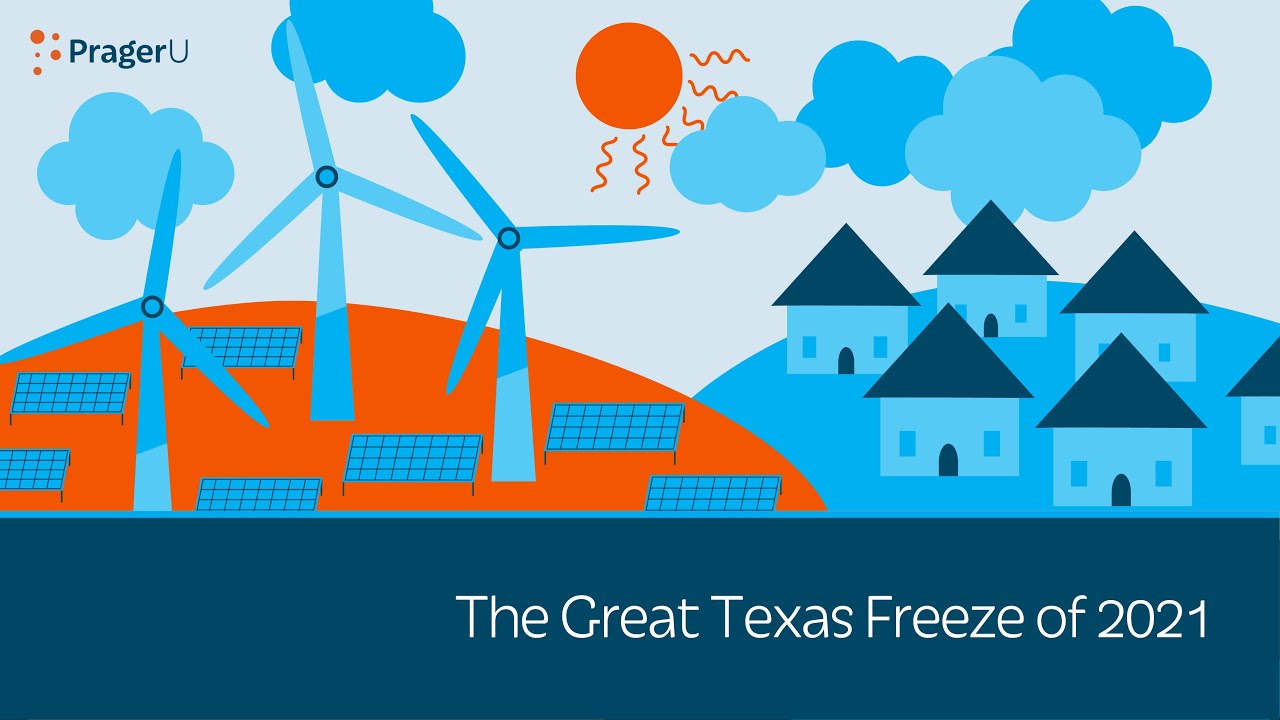 “You Better Get Ready, the End is Near” Prophecy Update with Tom Hughes and VinnDogg

In February 2021, the temperature in Texas dropped below zero. Not a big deal, right? Texas is the energy state. Just go home, turn on the heat, and hunker down. That’s how it should have gone. But it didn’t. What happened, and why?

To view the FACTS & SOURCES and Transcript, visit: https://www.prageru.com/video/the-great-texas-freeze-of-2021

The week of Valentine’s Day, 2021, the temperature dropped below zero.

Nobody could remember it being this cold for this long.

This was Texas, not Siberia.

But Texas is the energy state. There was nothing to fear. Just go home, turn on the heat, and hunker down.

That’s how it should have gone.

Instead, over five days, four million Texans lost power during what turned out to be the coldest winter storm in a half a century. Hundreds died, including an 11-year-old boy who froze to death in his sleep.

The media was quick to blame the state government for not being fully prepared and not acting fast enough.

This may be true, but ERCOT’s mistakes were symptoms, not the cause, of the problem.

The real cause is decades of misguided policies that have left the Lone Star State with an unreliable energy infrastructure.

It’s a cautionary tale that the rest of the country needs to learn from.

Let’s break this down.

Reliable energy is fossil fuels—coal and natural gas—and nuclear. These fuels produce a near-constant flow of electricity. Unreliable, or variable energy, is renewable energy — wind and solar. They’re unreliable because they depend on the whims of Mother Nature.

In 2020, Texans got 25% of their energy from renewables. During the February storm, however, that fell to 8%, at one point reaching a deadly low of just 1.5%.

The reason? Renewable energy only works when the weather cooperates, but it’s useless when it doesn’t — like when it conjures up a giant snowstorm. Solar panels don’t capture sunlight and wind turbines don’t spin when covered in snow and ice.

Given renewables’ unreliability, how is it that Texas, of all places, became so dependent on them?

That story begins in 1999, when Texas politicians on the left and the right fell in love with the idea that they could turn the state into a green energy powerhouse. It sounded like a great idea at the time: Instead of passing any new mandates, they would do it by offering massive subsidies, marketed as “incentives,” to produce wind and solar power. This ended up working out great for wind and solar companies, but not so great for reliable energy providers.

To illustrate this, imagine that you own a restaurant. One day you learn that your competitor down the street is getting government support. He gets so much help that, instead of charging his customers, he can pay them to eat his food. Not surprisingly, your customers abandon your restaurant for his. Your competitor prospers off the taxpayers’ backs while your business withers.

Let’s apply this analogy to the real world of renewable energy. Wind and solar get so much in subsidies they’re guaranteed a profit. And unlike fossil fuel producers, they’re not even required to provide reliable power. It’s no wonder fossil fuel plants are closing, and nuclear plants are not being built.

The wind and solar companies are protected from the laws of supply and demand. They can’t lose, and the fossil fuel plants can’t compete. That’s how out of whack the Texas electricity market has become.

Since 2006, the state has subsidized renewable energy to the tune of $19 billion. All of this came right out of Texans’ wallets, courtesy of ever-increasing electric bills and rising property taxes. And what does Texas have to show for it? An electric grid that failed when Texans needed it most.

Unfortunately, this scenario is playing out across America.

Over the past decade, the federal government has spent over $230 billion on energy subsidies, and that doesn’t even include subsidies the states give away.

For the complete script as well as FACTS & SOURCES, visit https://www.prageru.com/video/the-great-texas-freeze-of-2021

Matthew 26 – Pt 6 – False Witness Against Christ – Were They Really Obeying The Torah?

“You Better Get Ready, the End is Near” Prophecy Update with Tom Hughes and VinnDogg